On May 16, 2001, for the occasion of our School Day, a concert was organized in the Synagogue of Novi Sad. This concert presented the School’s orchestras (string, symphony and accordion orchestras) and choirs (Bajić’s Nightingales Elementary School Choir, Female and Mixed High School Choirs), both of  which had achieved outstanding results in various competitions taking place during the school year 2000/2001. The concert was a public sensation. The Editorial Office for Broadcasting & Recordings of Television Novi Sad recorded the entire concert. Radio Novi Sad also recorded the concert, and combining this recording with recordings already in the Radio Novi Sad archive, two new CDs were published by the end of school year: a CD of choral music performed by the Female and Mixed High School Choirs, conducted by Ms. Tamara Petijević, and a CD of orchestral music – performed by the String and Symphony Orchestras, conducted by Mr. Csaba Zima. 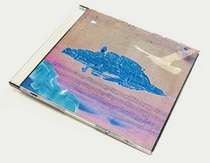 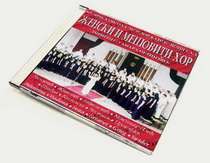 (for information about the CDs, please click on the image)

The CD Isidor Bajić Music School Orchestras evolved from “…the magic of rhythm, sound, silence, and emotion.  For both my students and myself, working in the orchestra is a playful game.  A game of listening and observing, a game of posing questions and articulating answers, a game embracing strict rules of self-control and self-discipline while at the same time encouraging indescribable spiritual and emotional freedom, and, foremost, a GAME OF JOINT PLAYING EXPERIENCE! In our game, we all become part of the monumental, unspoken, and indesribable magic called MUSIC”.

“The performance, repeated again as an encore in answer to the deafening applause of audience members, successfully presented the impressively high musical standards set by this young ensemble led by the  esteemed music pedagogue and conductor Csaba Zima, who we must recognize as the primary driving force in the ensemble’s achieving the lofty artistic level that characterized this celibratory concert.”

The Female and Mixed High School Choir consists of Isidor Bajić Music School students enrolled in the Music Theory, Piano, Poly-Instrumental and Voice Departments. Over a period of four years, these students perform in the High School Choir, interpreting vocal and vocal-instrumental pieces from all musical epochs and styles, and gain valuable stage experience by taking part in competitions and performing at major concerts, through all of which they build a solid foundation for further professional engagement in music. Ms. Tamara Petijević, Violin Teacher and a former graduate of the school,  has been leading the choirs since 1998. During this time the choirs performed several works by Isidor Bajić which were later published on a CD. This recording was issued as part of the celebration for the occasion of the 90th anniversary of the School’s establishment.  Since that time, a significant part of the choirs’ repertoire has been made up of lesser performed or forgotten pieces by domestic composers, such as Song from Kosovo from the collection of songs Rukoveti by M. Živković and R. Anđelković, as well as pieces from the identically named collection of songs Rukoveti by St. St. Mokranjac, in a lesser known arrangement for female choir by V. Ilića.

“The interpretations of Mokranjac’s Rukoveti must be a result of inspiration paired with  a profound understanding of our man, his soul, his habitat, his customs, his religion.  The literary content of Rukoveti focuses on the love of two young people, their sadness, joy, and mischief.  To strip Rukoveti of Mokranjac’s conception is to deny the presence of our habitat, of our man in them.”

The choirs won the Special Award and the First Prize at the National Competition (Belgrade, Serbia, 2001),  the Voyvodina Province Award for 2000, as well as two Silver Medals at the Isola del Sole International Choir Competition (Grado, Italy, 2001).